When 'spring' was a thing in London... 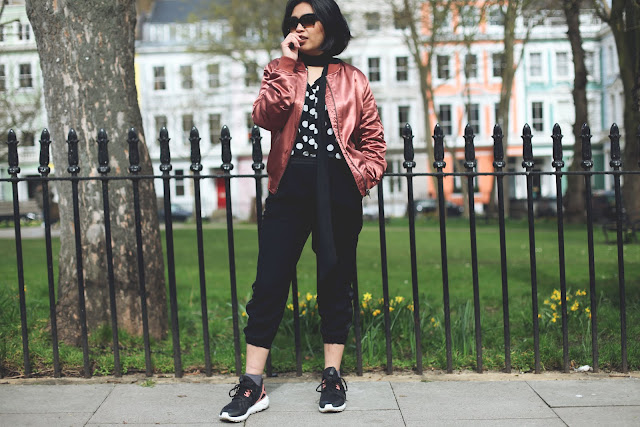 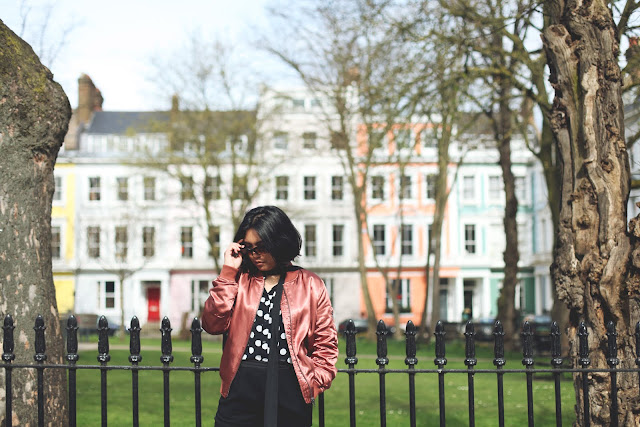 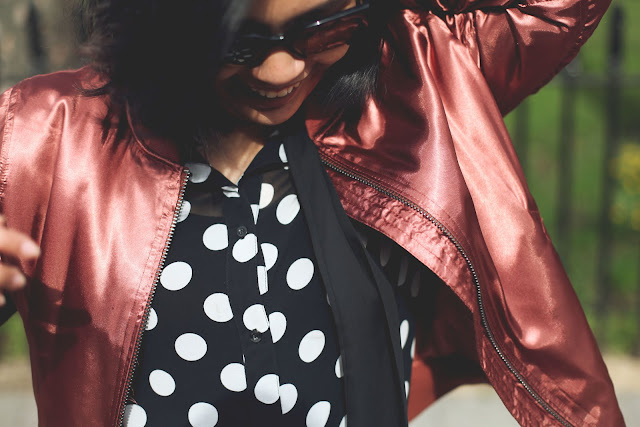 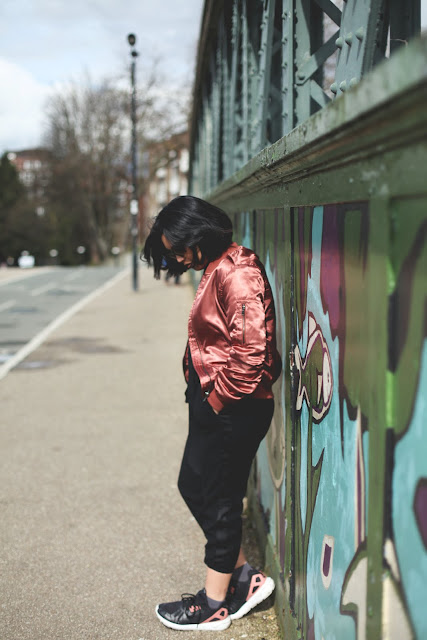 I don't even know why but I seem to always want to write about the weather when I write these blog posts... Probably because in London, you really have to dress for the incredibly unpredictable weather. This time round, it was getting a bit hotter so I could easily get away with wearing a bomber jacket. But after a few weeks, it actually got even colder... Can someone please explain the London weather and how it works to me :""""

Ok enough about the weather. I found this awesome pinky rusty coloured bomber jacket in Topshop (which pretty much everybody owns now) and was so excited. I decided to pair it with a simple black and white polka dot shirt to make the rusty metallic colour stand out, and I also added a neck tie for some more interest to the outfit. I think it creates a chic element to the otherwise quite 'cool', streetstyle outfit. 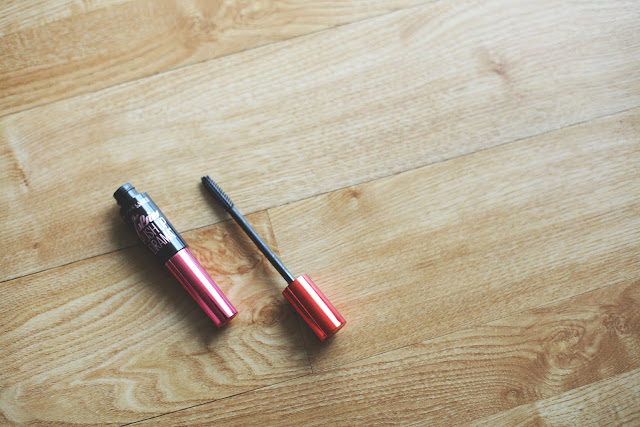 I think it's safe to say that the Maybelline Falsies is one of the most popular popular mascaras in the drugstore. Though I was not particularly impressed with the original formula, I was quite intrigued with this new one. Not gonna lie, solely because of its packaging. Before getting right on to the review, I would like to apologise for the state of my wild brows. I haven't threaded them in months, and Blink Brow Bar is just too expensive now! #studentlife

Let's talk about the positives first. If you're looking for a quick fix for your habits of always being late, then this mascara might be for you. After a dozen strokes, this mascara mostly gives you volume at the roots. I find that my lashes look very black when I'm done applying it. The cup-shaped bristles make it really easy for you to coat the lashes really quickly. But it doesn't give you so much length. I always try to thicken up the ends of my lashes, but it just doesn't really work. Usually, I also do this by applying the mascara from the top instead of just the bottom, but the formula is a bit too heavy for that. I feel like my lashes are gonna drop if I apply it that way.

To test out its name, which is 'Push Up', I tried curling only one of my eyes and leaving the other uncurled, to see if it can 'push up' my lashes. From the pictures above, it looks like the curled lashes doesn't actually curl as well as the uncurled one. Might be worth noting though, that my eye is a little bit more hooded than the other, so that might be an illusion, or it might not. But it looks like you don't have to curl your lashes for this mascara! At least people who have naturally curly lashes don't, because I am that type of person that does not necessarily need to curl their lashes. Hehe..

I have to say that I do quite like the end result (just after I finish applying it). It makes my lashes look a bit spidery, which I love, without it actually being spidery. Does that even make sense? However, after a few hours of application, my already thin-ish ends of the lashes slowly disappear even more, and my bottom lashes are basically gone after about 6 hours. But all of this without it smudging underneath the eyes, which is probably a positive thing.

I am still not sure how I feel about this mascara. I wouldn't say it's a bad mascara, like what Wayne Goss said, but I don't find myself reaching for this one very often. Most of my mascaras are already getting dry, but I find that I kept on going to my old ones instead of this fresh one.

Congratulated by Atikha at 7:00 PM No comments: 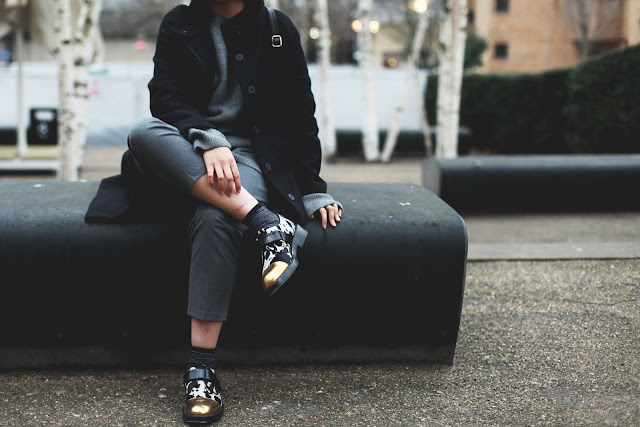 I have to admit... This one is a bit of an old outfit. By old, I mean... Two weeks old. Last week, my best friend, Hanie, came to visit me for a week. Hence why I did not post anything. Just when I had a great outfit, it was raining. Helloooo spring. 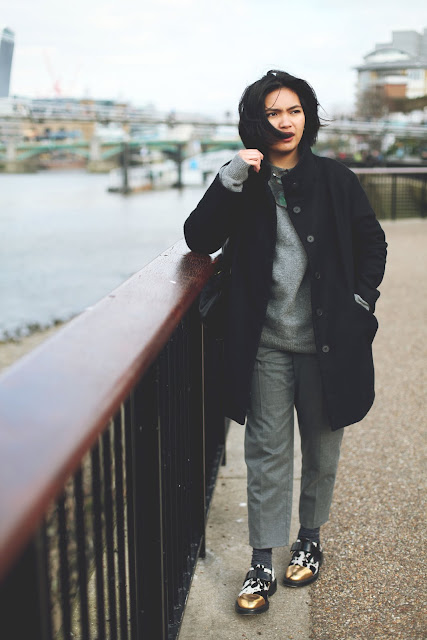 Phil and I (Phil again? What's new right) went to Tate Modern because sometimes we just feel like being cultured and artsy, ya know? Of course I wanted to dress for the occasion and came up with this pyjama-like concoction of an outfit. I wanted to dress down the otherwise formal-ish outfit with a jumper, and thought a matching colour would be more interesting. To be honest I want to wear this jumper forever because it's so comfy! 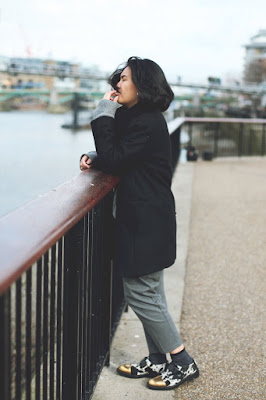 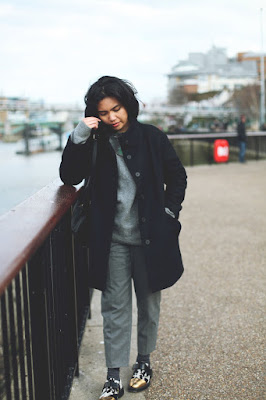 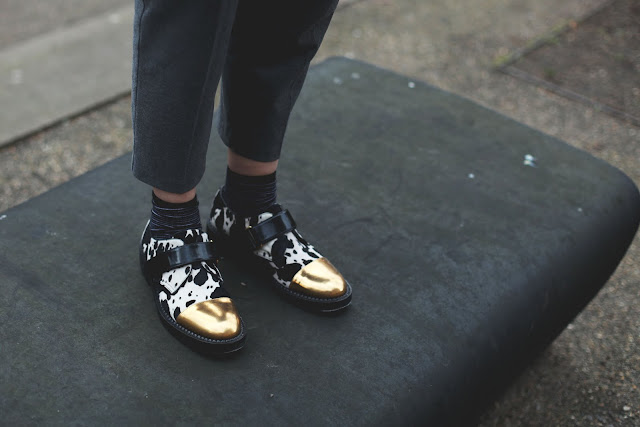 Just to give you a head's up - April might be the busiest month in the history of my bachelor's degree. I have only one month left to literally conduct my non-existent focus group and finish my dissertation, and a dozen other assignments, while also applying for postgraduate degrees. So I figured this would be the perfect opportunity to post outfit pictures I took last year when my mum and I went to travel England a bit.
Congratulated by Atikha at 1:53 AM 2 comments: 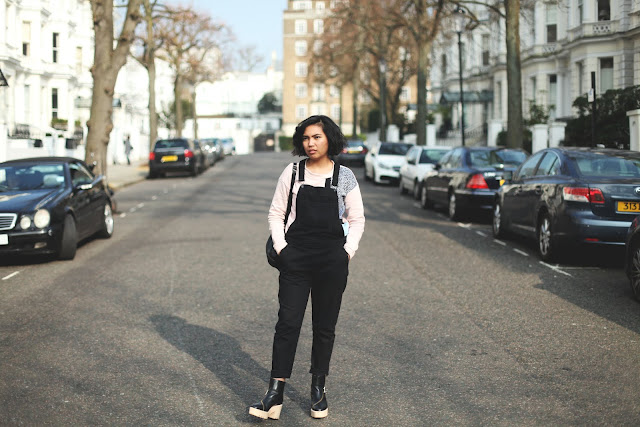 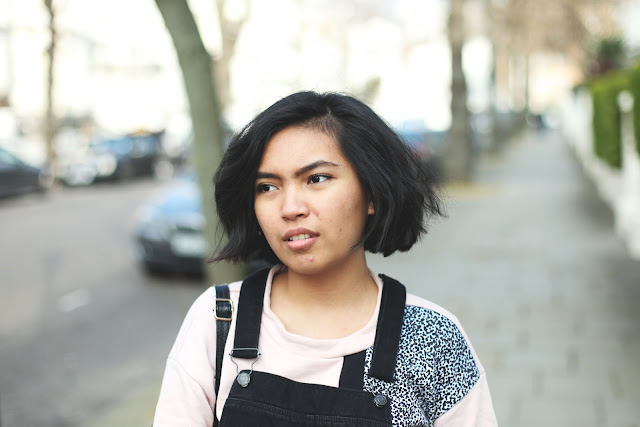 Behold! The new haircut! It is definitely too short, like I really need longer bits in front to sort of frame my face. But I guess when it gets closer to the shoulders, this blunt cut will look good. 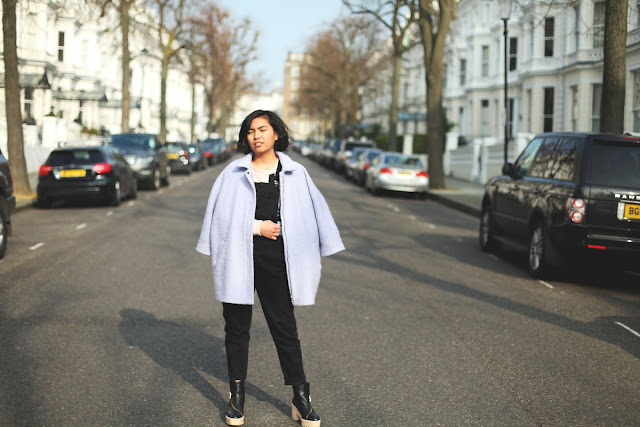 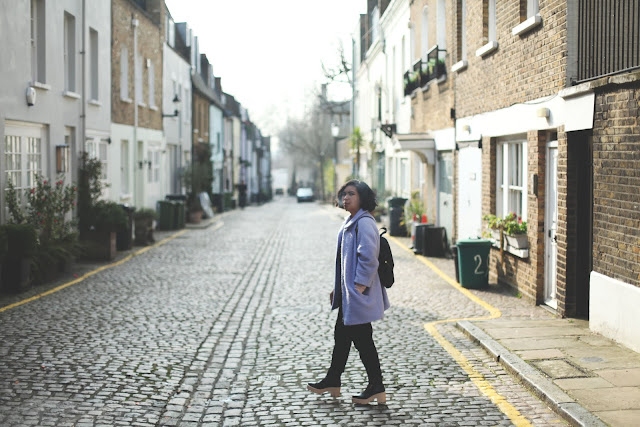 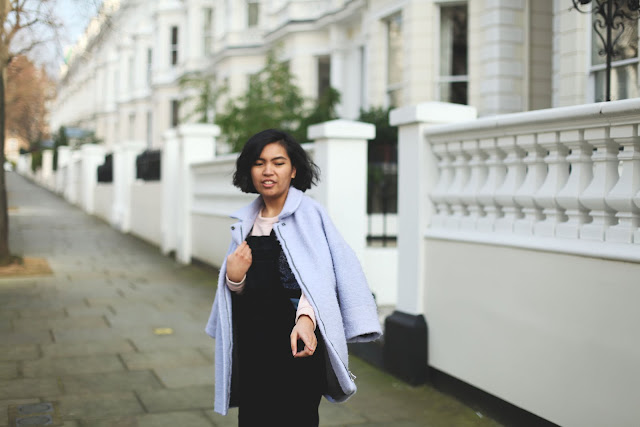 Oh, don't mind me. Just telling the camera slave what to do. Lol
(That's what he calls himself, ok!)
Congratulated by Atikha at 8:48 PM No comments:

As I already mentioned in my previous posts... I am in a style rut. This is an attempt for me to actually wear things that I like now. I am tired of wearing inappropriate clothes for the weather and trying to make them work. Nowadays the only thing that matters is comfort. Ok. Not gonna lie - while still being stylish.
Congratulated by Atikha at 6:53 PM No comments: